Is the Sonos One the ultimate product in wireless audio technology?

Better known for innovating the multiple-room WiFi speaker back in 2015, Sonos has lost the battle with technology in the past few years. More and more manufacturers rely on smart technologies for their products, yet Sonos decided to wait… Until now!

The new Sonos One aims to become a front runner in terms of WiFi speakers, but it also comes with multiple smart technologies. Packing Alexa and allowing multiple connectivity features, the new speaker has already skyrocketed in sales.

It’s available in both black and white and it allows a deep voice control. Now, what else should you expect from it? 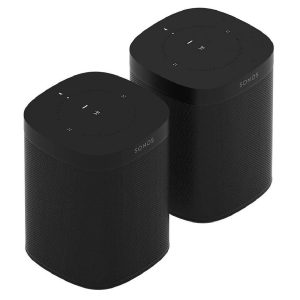 At a first glance, it looks like Sonos has waited on purpose. It took its time to develop a fully smart device and implement the right technologies before hitting the market. If there’s one thing that hasn’t changed, that’s the rich sound quality.

There are almost no differences between the One model and the Play:1 model. The most visible difference is the grille color – it’s not gray anymore. As for the size and shape, they’re identical. The unit can blend into any kind of décor. It works for small parties, shower concerts or even picnics.

The most obvious differences are on the top. Play:1 came with three buttons. One comes with a touch panel. There are no buttons, so it acts like a touchscreen. It looks confusing at first because you only have some LED lights and symbols. They’re quite intuitive though – music controls, microphone and context-sensitive activities. As for the LED lights, they tell you whether Alexa is on or off.

Switching Amazon’s assistant off implies hitting the microphone button. You get privacy in both audio and lighting matters. As you check the ports out, you’ll find a specific pairing button too. 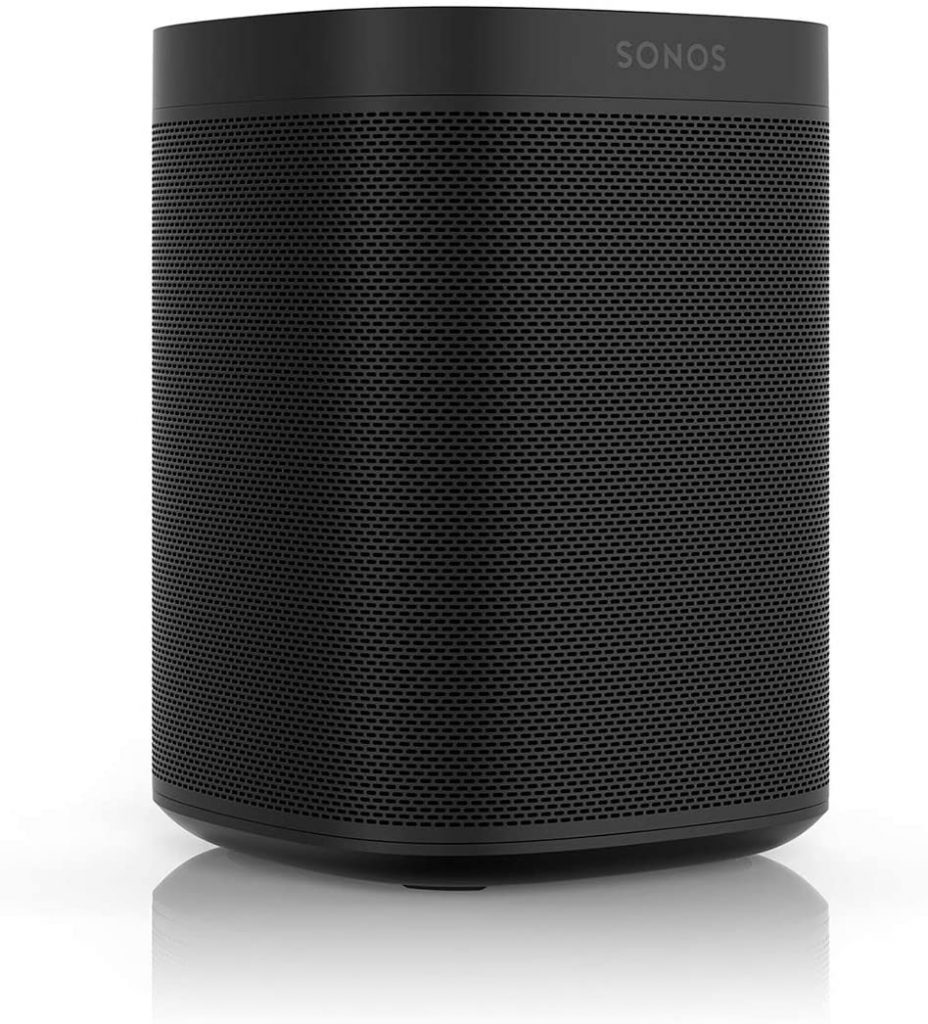 Previous speakers from Sonos involved wiring one unit into the router – not needed anymore. However, having the unit wired ensures a reliable connection. It’s not a general route though, as you’re less likely to encounter any problems.

Sonos One will most likely draw attention with the implementation of Alexa. The support ensures a top-notch connectivity and access to a plethora of features. If you’ve used Amazon Echo before, you should expect the exact same features, so treat the One in the same manner. It’s basically an upgraded version of Amazon Echo with some exquisite audio capabilities.

Alexa will provide access to all of its features. The assistant can adjust your thermostat on request, turn lights off, tell you some good jokes, play music and set alarms, among many others. It’s not a new thing, yet putting it into the One model turns it into the headline specification.

Sonos One is compatible with the most popular music streaming services on the market. As long as the Internet connection is stable, it can play lists for hours. It works flawlessly with Tidal, Amazon Music, Spotify, Pandora, TuneIn Radio, SiriusXM and iHeart Radio, among many others.

In order to load streams, you must use the Sonos application. It’s straightforward and doesn’t require any experience. Once the stream is loaded, Alexa will take care of everything else. You can control the respective streams with One’s basic commands. You’ll be able to skip tracks or pause both orally and via the touch top.

Sonos might have taken its time after developing the first multiple-room WiFi speakers, but it did it with a reason – making sure everything is perfect. Smart speakers are not necessarily meant to be speakers, but assistants. Most companies aim to develop assistants with extra features. Sonos went the other way around. The company had a top-notch set of speakers that didn’t require any improvements, so they only had one job – making them smart. It’s not the first company to try this though, but definitely the first one to do a good job – even before Apple.

In terms of acoustics, Sonos One is almost identical to Sonos Play:1. There aren’t too many improvements. You have the classic twin class D amplifiers, as well as the traditional double driver setup. It’s a classic feature in many speakers though and consists of a tweeter and a bass driver. 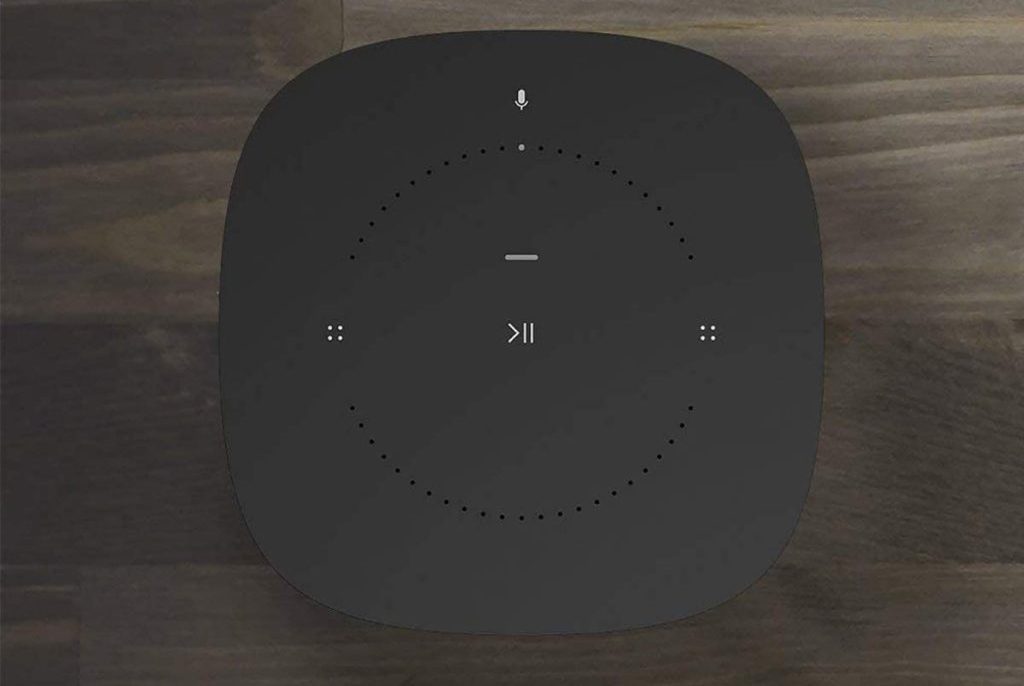 What makes the One model special is its rich round. It looks like one of those small speakers you would keep next to your screen or couch, but it’s not. It can go in the middle of a large room and still fill it with no issues at all.

There is not too much physical setup to do on Sonos One. Just plug it in. The rest of the job is conducted on your smartphone through the application. If this is the first Sonos product you run, you’ll have to register, connect the speaker wirelessly and sign in to whatever stream service you want.

Enabling Alexa is new for all users though. Again, you’ll need to install the Alexa application. Once it detects the speaker, you’re ready to go. Music services must be enabled in Amazon’s application as well. It’s a straightforward procedure than implies signing in through two different applications.

Despite capturing the most popular music streaming processes, Sonos One is not compatible with all of them. The product is regularly updated though and went through a few upgrades since it was released. Most streams will work with no problems through the speaker, you just can’t use voice controls for all of them – at least for now.

Sound quality leaves no room for interpretation. Play:1 took the world over like a storm and One follows the same standards. When compared to Amazon Echo or Google Home, the sound quality is clearly superior. It depends on multiple factors though, such as a proper optimization. The speaker can be tuned with the TruePlay application, which checks the microphone to determine the room atmosphere and size before making any adjustments.

As for drawbacks, the bass performance could be better. It’s not bad – in fact, it’s quite impressive for the size of this speaker. But when compared to other audio elements, the bass is just not the best. The sound experience is still balanced and the value for performance is top-notch.

Other than that, Sonos One is a mono speaker. You might need a second speaker for a stereo experience. It can be paired with other Sonos speakers. Not only it will make a massive difference in volume, but it also boosts the surrounding noise. 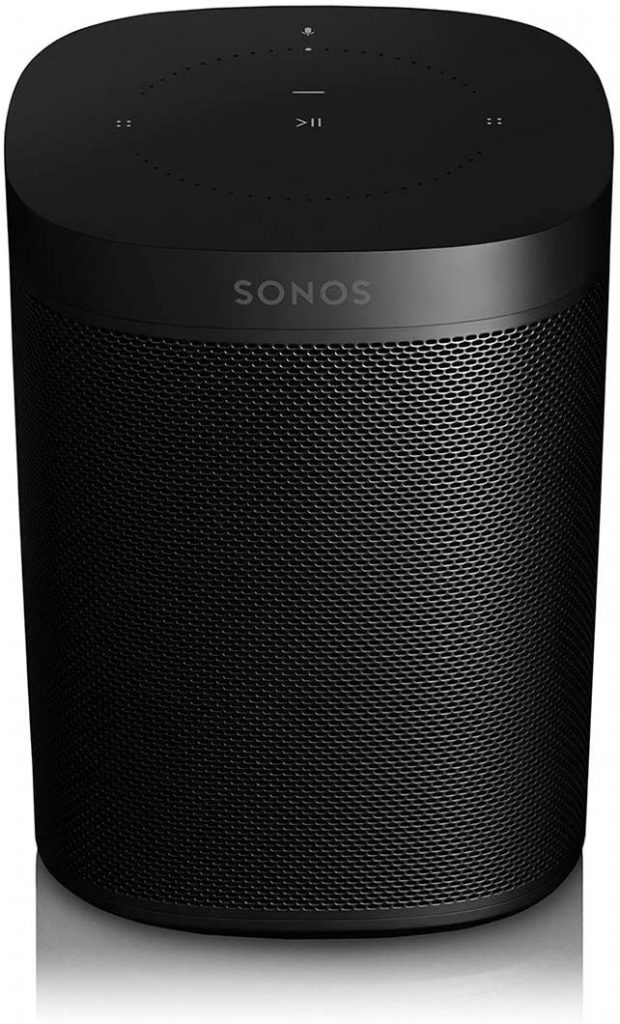 In the end, Sonos One takes a top-notch speaker – Play:1 – and turns it into a smart device by integrating Amazon’s Alexa. The result is obvious – the best rated smart speaker in terms of performance and audio. It sounds rich on its own, but it sounds even better when paired with another Sonos device. Those with other Sonos gear will love implementing this model into their systems. Alexa brings in a series of features and skills as well.

On a side note, Sonos One is not perfect yet. It dominates its segment, no doubts about it, but it’s not perfect. It’s constantly upgraded though and becomes compatible with more and more systems, so it’s about to only get better.

The value for money is certainly a plus too. It’s hard to get similar quality for its price, but it also represents a massive upgrade over other smart speakers. 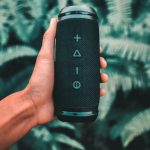 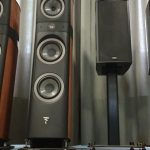 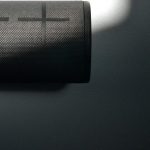 Sound Gear Hub is a participant in the Amazon Services LLC Associates Program. As an Amazon Associate, Sound Gear Hub earn from qualifying purchases by linking to Amazon.com

We use cookies on our website to give you the most relevant experience by remembering your preferences and repeat visits. By clicking “Accept”, you consent to the use of ALL the cookies.
Do not sell my personal information.
Cookie SettingsAccept
Manage consent

This website uses cookies to improve your experience while you navigate through the website. Out of these, the cookies that are categorized as necessary are stored on your browser as they are essential for the working of basic functionalities of the website. We also use third-party cookies that help us analyze and understand how you use this website. These cookies will be stored in your browser only with your consent. You also have the option to opt-out of these cookies. But opting out of some of these cookies may affect your browsing experience.
Necessary Always Enabled
Necessary cookies are absolutely essential for the website to function properly. These cookies ensure basic functionalities and security features of the website, anonymously.
Functional
Functional cookies help to perform certain functionalities like sharing the content of the website on social media platforms, collect feedbacks, and other third-party features.
Performance
Performance cookies are used to understand and analyze the key performance indexes of the website which helps in delivering a better user experience for the visitors.
Analytics
Analytical cookies are used to understand how visitors interact with the website. These cookies help provide information on metrics the number of visitors, bounce rate, traffic source, etc.
Advertisement
Advertisement cookies are used to provide visitors with relevant ads and marketing campaigns. These cookies track visitors across websites and collect information to provide customized ads.
Others
Other uncategorized cookies are those that are being analyzed and have not been classified into a category as yet.
SAVE & ACCEPT